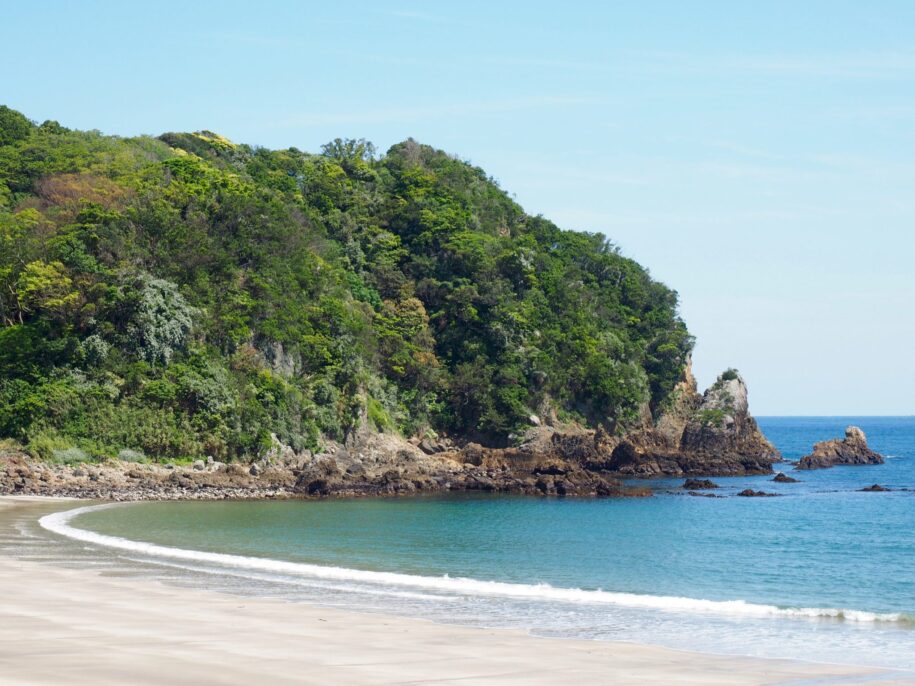 Yumi means bow, as in “bow and arrow”, in Japanese and if you have been there you will know why. Yumigahama is a perfectly rounded shape bay and because it is a bay it is well protected from waves so on typhoon days or on any other days where the Kisami beaches have big swells people head to Yumigama or Nabeta Beach. For that same reason, yumigahama tends to be very popular with families with small kids. Yumigahama is in Minami Izu, the southern most town on the Izu Peninsula, 6.4 kilometers south of Retreat wabi-sabi and can be easily reached by bus from Kisami Bus Stop. You could also walk there along the Tarai Misaki Trail, have an onsen, some lunch (We love Sai!) and then take the bus back to Kisami. A great way to spend the day in Southern Izu!